Review the evidence on the links below. Are these men the I-45 serial killers?

Imagine sitting across from a confessed serial killer. This happened to me more than once during my three years of work on DELIVER US.

I didn't write DELIVER US for these men, their minds twisted by hate, but for their victims, the twenty-three girls and young women whose deaths I chronicled in the book. I live in Houston. I'd watched the news when the girls disappeared, when some of their bodies were found. I grieved for them, my heart broke for their families, and I wanted to know who murdered them and why. I wanted their families - and the world - to finally have answers.

When I became involved, early on, I discovered that there were suspects in the cases, men investigators and family members thought could be behind the killings. All of these persons of interest reside in Texas prisons, but not for the murders of the girls. For other crimes, other horrific acts.

So over the years, I traveled to prisons across Texas to hear what these men were willing to tell me. Some denied any involvement, while others confessed to murder.

Recently I reviewed my files, thought about what I have in storage, and decided to share some of it with readers. This page links to some of the evidence I accumulated while I worked on the book, artifacts from my interactions with three self-confessed serial killers. You'll find sections of audio tape from interviews and snippets of correspondence. Read it, listen in, then read the book.

You be the judge. Are they the I-45 serial killers? Click on the links below and decide.  What do you believe? 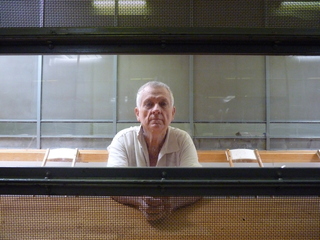 Meet Ed Bell. You'll read about him in DELIVER US, his story included in the chapters on eleven teenage girls murdered in the Galveston area during the 1970s.

Since the 1990s, Ed has repeatedly confessed to the murders of the girls, first in letters he mailed to two district attorneys, then to a Houston Chronicle reporter, Lise Olsen, then to me.

Still, is he telling the truth? Why aren't we sure?

The problem is Ed's mental health. During my interviews with him, he appeared to suffer from a serious psychiatric disorder. Ed displayed odd behavior and acted paranoid. He claimed none of what he did was his fault, murdering 12 people. Instead, Ed insists that he's the victim of a U.S. government plot to "turn a good boy into a serial killer."

So maybe his confessions are all fable, fantasies from his misconnecting mind?

Could be. But the problem is that Ed correctly remembers a lot about the murders, even though they're forty years in the past.

For your consideration, I've attached some of the "evidence" Ed has given me supporting his claim, snatches of letters in which he describes what the girls wore on the days they were murdered. Take a look, read the book to compare the evidence, and decide for yourself.

Is Ed Bell a stone cold serial killer, or a man so deluded he'll confess to anything for attention?

Ed saying he was conditioned to kill. Is he too ill to be believable?

Ed's recounting of where he picked up Maria Johnson and Debbie Ackerman on the day he murdered them. They were, in fact, seen getting into a white van across from the Baskin Robbins. Ed had a white van. Did he murder them?

What Ed says the girls wore on the days he murdered Maria Johnson, Debbie Ackerman, and Colette Wilson. Read DELIVER US, and you'll see this closely matches the autopsies and police reports. Convinced yet? 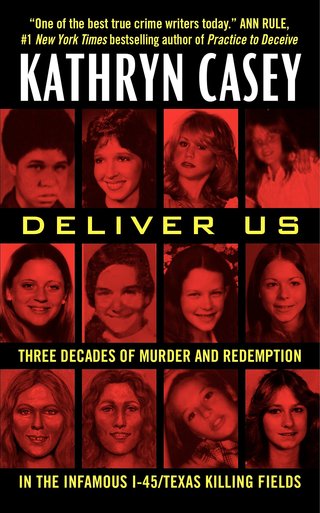 The book based on my years of research into the I-45 serial killings: DELIVER US!